Lt. Gen. Keith M. Huber retired in September 2013 after 38 years in the U.S. Army. He joined MTSU in January 2015 as senior advisor for veterans and leadership initiatives. As senior advisor, Huber examines the University’s policies and practices for the recruitment and student success of veterans and their family members.

In unconventional assignments, he served as Special Forces operational detachment team leader in Panama with the 7th Special Forces Group Airborne) and Special Forces field advisor during tours in Nicaragua and El Salvador.

Huber’s combined joint duty assignments included chief of operations, UN Mission Haiti; commander of Joint Task Force Bravo in Honduras; executive officer to the commander and director of operations of the U.S. Southern Command; commanding general, Multinational Brigade (East) in Kosovo; chairman of the Inter-American Defense Board; director of the Inter-American Defense College; and deputy commanding general of the U.S. Joint Forces Command. He also served in Afghanistan as the commanding general of the Combined Joint Interagency Task Force 435, responsible for all U.S. Law of Armed Conflict Detentions from July 2011 to July 2013.

A native of Springfield, Ohio, Huber graduated from the U.S. Military Academy in 1975 with a B.S. degree and was commissioned in the infantry. He is a graduate of the Infantry Officer Basic Course, Armor Officer Advanced Course, Army Command and General Staff College, Armed Forces Staff College, and Army War College. He received a Master of Public Administration degree from Golden Gate University in 1984.

He and wife Shelly have a son, Jason, and a daughter, Alexis, and three grandsons, Dylan, Austin, and Reed. 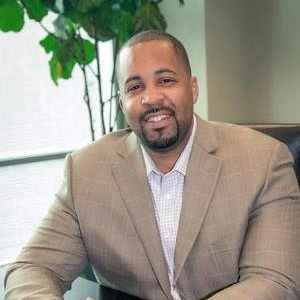 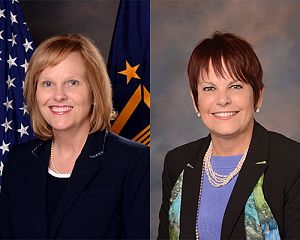 Ms. Jennifer L. Vedral-Baron is the Health System Director of the Tennessee Valley Healthcare System, having recently retired from 30 years of active military service with the United States Navy.  Her most recent assignment was the Director of the Fort Belvoir Community Hospital in Fort Belvoir, VA for which she was awarded the Defense Superior Service Medal.  During her service she was also awarded the Legion of Merit award (three awards), Meritorious Service Medal (four awards), Navy and Marine Corps Commendation Medal (four awards) and the Navy and Marine Corps Achievement Medal (five awards).   She has the distinction of the only US Navy Hospital Commanding Officer to have led her teams to a total of five Military Health System Patient Safety Awards.  Ms. Vedral-Baron was selected as a Fellow by the American Association of Nurse Practitioners in 2011 and has recently been recognized as a Fellow in the American College of Healthcare Executives.  She maintains certification as an Adult Nurse Practitioner.

Ms. Suzanne L. Jené is the Deputy Health System Director of the Tennessee Valley Healthcare System. She has served in this position since July 2014. Ms. Jené previously served as the Interim Director of the Tennessee Valley Healthcare System as well as the Associate Director at the Huntington VAMC in West Virginia. Ms. Jené began her career in 1989 as a contract specialist trainee at the VA in Bay Pines, FL. Over the years, she progressively advanced in her career working in various facilities in California, Alabama, Georgia and Florida. She is a graduate of the Healthcare Leadership Institute (HCLI) and VHA’s Executive Career Field Development course. She is a member of the American College of Heatlthcare Executives (ACHE).

Travis E. Kraft was appointed as the Assistant Director of the Department of Veterans Affairs (VA) Regional Office in Nashville, TN, on August 14, 2011.  Prior to this appointment, Travis served as the Veterans Service Center Manager (VSCM) at the Nashville Regional Office.  In this role, Travis was responsible for 350 full-time employees and for administering approximately $1.1 billion in annual compensation benefits to Veterans and their dependents in the state of Tennessee.

Travis began his career with the Department of Veterans Affairs as a Veterans Service Representative (VSR) at the Nashville Regional Office in August 1999.  In July 2002, he was selected as a Management Analyst with the Veterans Benefits Administration’s Southern Area Office.  In this role, he was responsible for assisting the Southern Area Director in the oversight of 12 Regional Offices in administering compensation, pension, education, vocational rehabilitation, and home loan benefits to a Veteran population in excess of six million.  In April 2006, Travis was selected as an Assistant Veterans Service Center Manager (AVSCM) with the Nashville Regional Office.

Travis was born in the District of Columbia and earned a Bachelor of Arts degree in Business Administration from Taylor University in 1998, where he also played college basketball.  Travis subsequently earned a Master of Arts degree in Public Administration (MPA) from Tennessee State University in 2005.  Additionally, Mr. Kraft is a Leadership VA (LVA 2012) graduate.

Travis and his wife, Stephanie, reside in Nashville and have three children, Travis Jr., Mollie, and Anna.

Marjorie K. Eastman was born and raised in Southern California. She earned her bachelors degree in Political Science from the University of California, San Diego. As an undergraduate, she was competitively selected as a White House Intern and also studied abroad at the University College London, School for Slavonic and East European Studies. She attended the Josef Korbel School of International Studies, University of Denver, where she earned her master’s degree in International Security, with concentrations in Homeland Security, Intelligence, and Human Rights. During her graduate studies, she was one of 56 students selected nationally for the Federal Bureau of Investigation’s Honors Internship Program. She also has an MBA from the Owen Graduate School of Management, Vanderbilt University.

Marjorie served as a United States Army intelligence officer and commander. Her ten years of post 9/11 military service include two combat deployments, one in support of Operation Iraqi Freedom, the other in support of Operation Enduring Freedom in Afghanistan. She started out enlisted and received the rare honor of being awarded a direct commission within her first two years of service. Her final duty was to command over one hundred soldiers in Afghanistan to successfully fulfill their mission, and safely return home. She was ranked the #1 Military Intelligence company commander in Eastern Afghanistan for the deployment cycle of 2009-2010, awarded the Bronze Star for meritorious service as a combat commander and received the Combat Action Badge.

Marjorie has been recognized by the Nashville Business Journal with the 2015 Award for Veteran Leading in Business and has been described as a veteran thought leader in PBS’s Veterans Coming Home initiative. She is involved with charities and boards that support girls, women, and veterans. More recently, she has filled the role as: President & COO of the YWCA Nashville & Middle Tennessee, a 118 year old non-profit that is on a mission to eliminate racism, empower women, and promote peace, justice, freedom, and dignity for all; Regional Representative for Girls on the Run Middle Tennessee Board of Directors; and she helped launch the Nashville Service Platoon for The Mission Continues.

Marjorie is the author of The Frontline Generation: How We Served Post 9/11, a personal memoir for her son that turned into the first book to define post 9/11 service and leadership. She currently serves as a founding member of the Nashville Serving Veterans Community Board. She speaks regularly to a variety of corporations and organizations, and enjoys coaching young girls with a curriculum that combines training for a 5k running event and lessons that inspire them to be joyful, healthy, and confident (Crossfit Endurance Certified).

Marjorie is also a spouse of a soldier, and understands the perspective from that of a military family member. She lives in Tennessee with her husband, and their son, Henk. 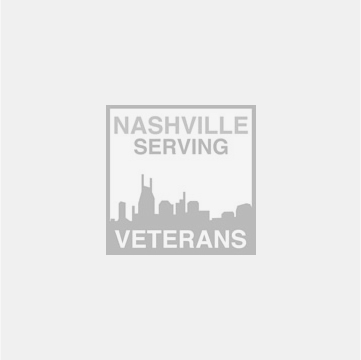 Lori B. Ogden, CFRE is the Chief Development Officer for Operation Stand Down Tennessee, a nonprofit agency assisting Veterans and their families in need. She is a results driven professional with over 18 years of successful experience in nonprofit fundraising, marketing and management. As an Army wife and mother, Lori’s passion is advocating for Veterans and children in Middle Tennessee.

Lori launched her fundraising career as the Development Director for Court Appointed Special Advocate (CASA) of Davidson County. She then went on to lead fundraising for Exchange Club Family Center, Christ the King School and High Hopes Inclusive Preschool and Therapy Clinic, all the while mastering operating and capital campaigns with increasing revenue responsibilities. Additionally, she has worked as a development consultant, instructor and national grant reviewer.

Beyond her business endeavors, Lori serves on the Nashville Serving Veterans Community Board and is Chair of the Housing Subcommittee. She has served on various boards and committees within the Nashville community. Lori is also an active member in her church teaching religious education to second grade students and mentoring engaged couples preparing for matrimony.

Lori graduated from Middle Tennessee State University with a Bachelors of Business Administration degree in Marketing. She is one of a few development professionals in Nashville who has gained recognition as a Certified Fund Raising Executive and has maintained this distinction since 2005. Additionally, Lori earned certificates from the Center for Nonprofit Management (CNM) for Fund Development, Individual Giving, and Power Funder. She is a member of the Association of Fundraising Professionals (AFP).

Lori and her husband, a retired Army officer, have lived in Nashville for 29 years where they raised their two adult children. 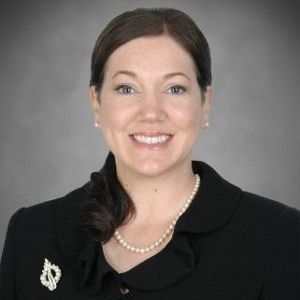 Scarlett Bernier was born in Oxford, England and resides in Brentwood, Tennessee.  She earned her Associates Degree from Volunteer State Community College in Gallatin, TN and her Bachelor’s Degree from Middle Tennessee State University in Murfreesboro. While stationed in Knoxville she earned her Supervisory Management Certificate from the University of Tennessee and most recently completed her Master’s Degree in Human Resource Management from Troy University in Dothan, Alabama. She is currently pursuing her Doctoral Degree in English from Middle Tennessee State University.

Scarlett serves as the Secretary of the General Staff for the Tennessee Army National Guard; she is a Chief Warrant Officer Three in the Adjutant General’s Corps. She deployed twice to Iraq; first in 2003 with the 168th Military Police Battalion, where she earned the Combat Action Badge, and again in 2010 with the 278th Armored Cavalry Regiment.  She specializes in personnel and protocol actions and has been awarded the Noble Patron of Armor and Order of Horatio Gates medals for service. She is exceedingly proud to have recently served on the committee responsible for placing a monument honoring all Tennessee Warrant Officers who have lost their lives in combat in Nashville’s War Memorial Plaza. She is a member of the National Guard Association of the United States, the National Guard Association of Tennessee, the United States Army Warrant Officer Association (Volunteer Chapter), the Adjutant General Corps Regimental Association (Volunteer Chapter) and the United States Cavalry and Armor Association

A lifelong student, Scarlett places a premium on continuing education and wants to ensure that all Tennessee veterans understand the full extent of their education benefits.  Having attended numerous institutes of higher education in Tennessee (and having used state and federal benefits to fund her studies) she wants to utilize the combined knowledge and experience of the members of the education sub-committee to share best practices for success in earning degrees or technical certifications.

The daughter of an Air Force Vietnam veteran and sister of an Army veteran, Scarlett is honored to carry the family legacy of service forward.  The first member of her family to earn a college degree, she is thrilled to have the opportunity to assist others in achieving their educational goals.